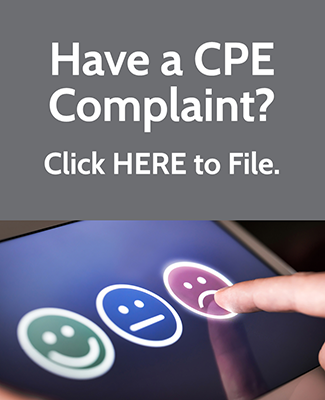 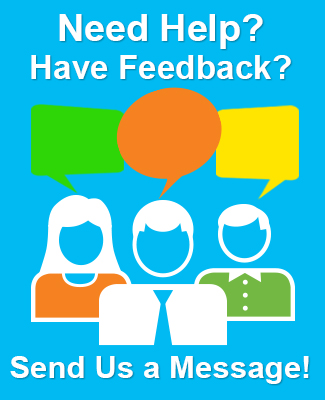 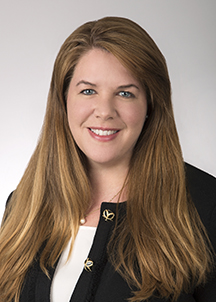 Pilar Mata is Executive Director for Tax Executives Institute, the pre-eminent global association of in-house tax professionals, comprised of nearly 7,000 members from 3,000 of the largest companies in North America, Europe, Latin America, and Asia. Pilar is responsible for leading TEI’s professional staff, guiding and implementing its agenda in consultation with TEI’s International President, Executive Committee, and Board of Directors, and interacting with TEI’s chapters, committees, government relations, and other constituents.

Pilar joined TEI as Tax Counsel in 2015, when she supported TEI’s State and Local Tax, European Indirect Tax, and Canadian Commodity Tax Committees in their advocacy and educational efforts on behalf of the Institute. She was elevated to TEI’s Director of Operations in December 2020, when she assumed responsibility for TEI’s day-to-day operations and led the Institute’s team of professionals.

Before joining TEI, Pilar provided her clients with strategic advice on state and local tax matters and represented them in controversy matters at the audit, administrative, trial, and appellate levels at Sutherland Asbill & Brennan LLP (2009-2015) and Morrison & Foester LLP (2000-2009). Pilar earned her J.D. from the University of California at Berkeley School of Law, her M.S. in Finance from San Diego State University, and her B.B.A. from the University of San Diego. She is a frequent author and speaker, and holds positions on the Advisory Board for NYU’s Institute on State and Local Taxation and New York State’s Tax Appeals Tribunal Advisory Panel. State Tax Notes recognized Pilar in 2017 for her work on the partnership audit rules project. 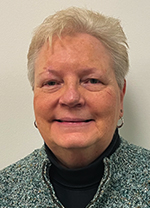 Debbie Giesey has worked for TEI since October 1984. She oversees day-to-day administrative operations at TEI headquarters, including personnel, budget and accounting. She is from Ligonier, which is a small town in southwestern Pennsylvania approximately 50 miles southeast of Pittsburgh. 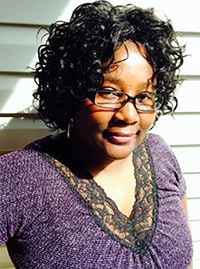 Theresa Ford joined TEI in 2013 as a Central Transaction Processor. She works with the accounting department to ensure accuracy, efficiency and timeliness of financial batches and invoices and handles all payments for the organizations.

Theresa has worked in the accounting field for the past 14 years. She previously worked for a nonprofit organization in Washington, D.C., as an Accounting Assistant for 6 years. While there, she handled all of the accounts receivable tasks for the organization. 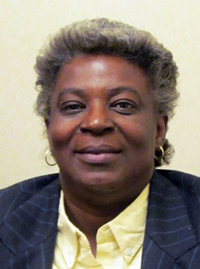 Joy D. Wolfe has been with TEI for 6 years and is the bookkeeper and assistant to the Director of Administration. An avid golfer and mentor to junior golfers, her family and roots come from the “Show Me” state. She enjoys golf, biking and flying kites when she’s not crunching some numbers. 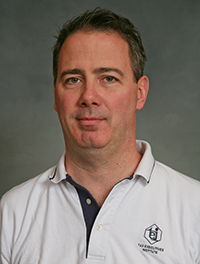 Michael R. Lowery is the Assistant Director of Conference Planning at TEI. Mike joined the TEI staff in 2007. He is responsible for planning and executing TEI’s conferences, courses and seminars.

Prior to joining TEI, Mike worked for an association management company where he was the Director of Conferences and planned conferences, tradeshows and live award shows for the firms various clients.

Mike received his B.A. degree in Communications from Salisbury University. He received his Certified Meeting Professional (CMP) designation in 2005.

He lives in Arlington, Va. with his wife and two sons. He is active in his community and coaches a variety of youth sports.

Information Technology/Web Services (Director and IT Operations Specialist) – Coordinates, implements, and maintains TEI’s IT systems and services that keep essential data and technology solutions available to the rest of the organization. Manages and maintains infrastructure, including association management systems, internal network, cloud assets, and data/network security. Manages technical side of websites. Trains staff and members on the use of the organizations IT resources. Assists in the setup and coordination of TEI’s virtual events and online education. 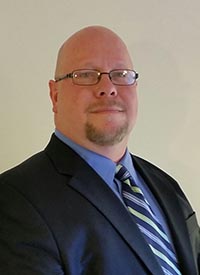 A native of Forest, Virginia Terry has been in the Washington DC Metro area since 1997, when he moved here to become the Manager of Systems Development at The Optical Society. Since then, he has held IT leadership roles or consulting positions with a variety of non-profits and not-for-profit organizations, including the Association of Performing Arts Presenters, the National Society of Professional Engineers, Sister Cities International, and the National Archives Foundation.

Terry is very proud of his service in the United States Army, where he served from 1980 to 1988. He was in the Infantry the entire time, serving as an Infantry NCO with the 101st Airborne (Air Assault) Division at Fort Campbell, Kentucky and the 2nd Infantry Division in Tongduchon/Tokari, South Korea, with his last posting as the Operations NCOIC for the United Nations/Eighth US Army Honor Guard in Yongsan Garrison, Seoul, South Korea. While in the Army he earned his degree in Microcomputer Technology. He left the Army as an E-6/Staff Sargent to pursue a career in information technology.

Terry is a big history buff and recently proposed to his fiancée Deborah in a horse drawn carriage on the grounds of Colonial Williamsburg. Once married they intend to make their home together in Montgomery County, Maryland. 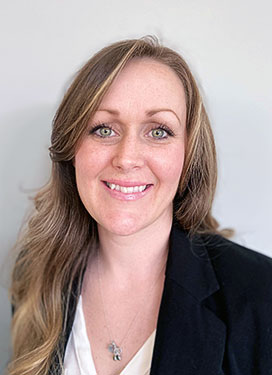 She lives in Woodbridge, VA with her husband, two children, and two dogs. She enjoys spending time with her family, traveling, and going hiking.

Serve as technical assistants to the President and Standing Committee Chairs (including the committees focused on internal TEI matters such as awards and membership); monitor pending and proposed tax legislation, regulations, and other tax administrative and judicial pronouncements; oversee the preparation of position papers, liaison meeting agendas, and testimony; prepare communications for TEI publications (both print and electronic); and maintain liaison with government representatives. Members of the legal staff are also frequently assigned special projects. 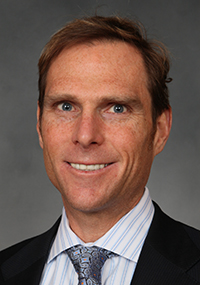 Patrick Evans is the Chief Tax Counsel of TEI. In this role, he serves as the Institute’s lead technical tax adviser, leading a team of three other lawyers and overseeing TEI’s advocacy efforts and initiatives including those related to pending or proposed tax legislation and regulations, treaties, legal judgments and administrative pronouncements.

Prior to joining TEI, Patrick was a Counsel in the Washington, D.C., office of Skadden, Arps, Slate, Meagher & Flom LLP where he advised clients in a wide variety of complex compliance, procedural, transactional, and administrative controversy matters. He joined Skadden Arps upon his graduation with High Honors from George Washington School of Law, where he was elected to Order of the Coif and served as Editor-in-Chief of the George Washington Journal of International Law and Economics. He holds B.B.A. (Accounting) and Master of Taxation degrees from Baylor University. 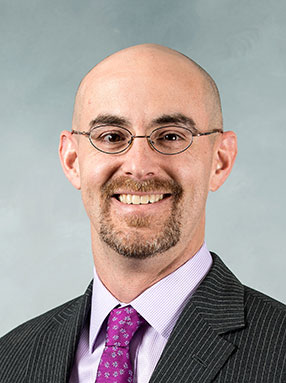 Benjamin R. Shreck is a Tax Counsel for TEI. In this role, his responsibilities include supporting the activities of TEI’s U.S. International and European Direct Tax Committees in their advocacy and educational efforts on behalf of the Institute.  Ben has extensive experience in a wide range of U.S. international and multilateral tax issues.  In his role as Tax Counsel for TEI, Ben has assisted the Institute in filing comments with the United States Department of the Treasury and Internal Revenue Service regarding the Foreign Account Tax Compliance Act, revisions to the revenue procedures for advance pricing agreements and requests for competent authority assistance, the U.S. Country-by-Country reporting regulations, and submitting items for the Institute’s annual liaison meetings with U.S. government officials. With respect to the Institute’s European Direct Tax Committee, he has been active in submitting comments to the Organisation for Economic Co-Operation and Development regarding its Base Erosion and Profit Shifting project, its work on the transfer pricing aspects of intangible assets, and the definition of a permanent establishment under the OECD’s model tax convention.  Ben has presented at several OECD public consultations in Paris on issues surrounding the Base Erosion and Profit Shifting Project.  Ben has also assisted the Institute in submitting comments to the European Union, United Nations, United Kingdom, Ireland, and the Government of India.

Ben joined the Institute’s legal staff in 2010. Prior to joining the legal staff, Ben was an attorney with the Washington, D.C., offices of Paul, Hastings, Janofsky & Walker LLP, and King & Spalding LLP, where he practiced in the areas of international taxation and the taxation of financial products. Ben received his B.A. in Economics from Stanford University, his J.D. from the University of California, Berkeley School of Law, and his LL.M. in Taxation from Boston University, where he was the valedictorian. 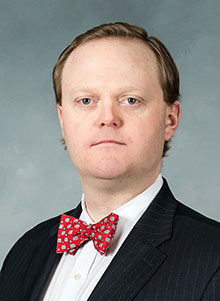 Watson joined TEI’s legal staff in July 2017 from nearby Ernst & Young LLP, where he was a member of the firm’s National Tax Department – International Tax Services practice.  During his tenure with Ernst & Young, Watson accumulated extensive experience in advising corporate and private equity fund clients on many aspects of planning their international operations and investments from a U.S. federal income tax perspective, including the structuring of cross-border organization and reorganization transactions, interpretation and application of income tax treaty provisions, and foreign tax credit utilization and repatriation planning.  Watson was one of several practice members responsible for monitoring all U.S. international tax-related legislative developments, administrative action, and judicial pronouncements, and coordinating the publication of Tax Alerts on those matters.  He also contributed to the development of original “thought leadership” content in anticipation of U.S. tax reform, including analytical modeling tools to navigate clients through the transition tax provisions of Chairman Dave Camp’s 2014 discussion draft.

Watson is an alumnus of the Boys’ Latin School of Maryland and holds the following academic degrees: Bachelor of Arts, Political Science and French, Trinity College, 2005; Juris Doctor, The Catholic University of America, Columbus School of Law, 2010; Master of Laws, Taxation, Georgetown University Law Center, 2011.  He is admitted to practice in Maryland and before the United States Tax Court.  Watson is also an Associate member of the J. Edgar Murdock American Inn of Court and an Adjunct Professor of Law at Georgetown University Law Center, where he teaches a graduate-level seminar on Tax Research and Writing (LAW 809 v02).

TEI’s Marketing & Membership department oversees all membership operations and services, as well coordinating all forward-facing marketing and communications. The Marketing & Membership team processes member applications, renewals, member information updates, and also supports Chapters in their operations. In addition, the team is responsible for the development of printed and electronic materials, including Tax Executive and promotional materials for educational programs. The team is also responsible for updating TEI's website, and provides support to the Chapters in managing the Chapter websites. 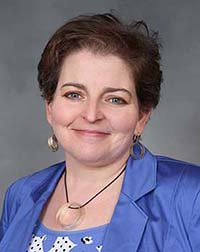 Lisa Samuels joined TEI as its first Director of Marketing and Communications in February 2013. In January of 2021, she also took responsibility for membership activities as the newly named Director of Marketing & Membership. She is responsible for marketing all of TEI’s educational events and other benefits the institute affords its members. In addition, she oversees all aspects of membership and chapter relations, including recruitment, retention, and supporting the chapters in their operations.

Lisa began her career in publication design and production, with a degree in Journalism and Mass Communications from Drake University (Des Moines, IA). Lisa has held several positions throughout her career, including working at two other professional societies. Thanks to some great opportunities along the way, her skillset grew to include marketing and communications. Prior to joining TEI, she served as the Vice President of Marketing for Seneca One Finance, a privately held factoring company. There, Lisa was responsible for all marketing strategy and implementation for two lines of business, including direct mail, internet marketing, and the company’s list development and management. 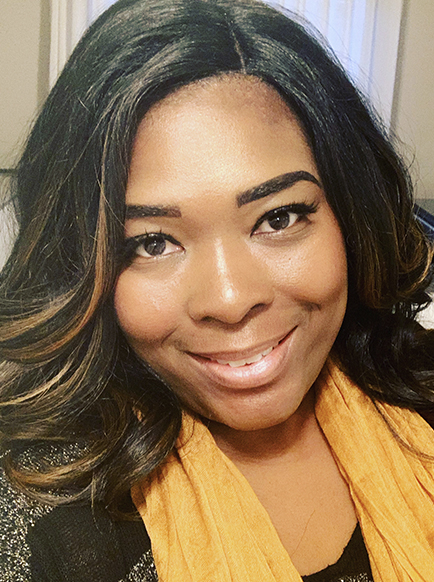 Christine Hayes Botts is responsible for the implementation of TEI's marketing and communications strategy. This includes marketing TEI's events, products, services and membership as well as coordinating our public relations efforts.

Sona Camara joined TEI in August 2021 and serves as the Manager of Membership & Chapter Relations. She implements membership growth strategies which include recruitment and retention campaigns as well as engagement initiatives. Moreover, she supports chapter operations and builds relationships with chapter leaders.

With over five years of membership experience, Sona has worked for various associations and societies to improve membership operations and foster an environment where every member feels connected to their network. Sona aims to support every TEI member’s journey of professional and developmental fulfillment.